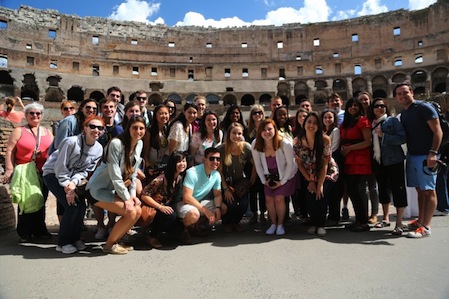 In La Cucina Della Nonna (grandmother’s kitchen) class we will study the origins and assimilation of Italian cuisine in American history and culture. Readings will focus on the migratory experience of Italian Americans in the late 19th century and 20th century and the impact of that immigration on American society and culture, especially American cuisine. We will explore the relationship between food, culture and gender with special attention to the ways in which Italian American women have been the conduits of Italian culture and cuisine in their roles as mothers and grandmothers. In our readings we will also explore the prominent role of food, masculinity and Italian Americans in popular culture such as The Godfather. The travel portion of this course will allow you to experience the “push” factor of the migratory process in the “push/pull” historical theory of migration by focusing on the southern Italian and Sicilian regions responsible for the majority of Italian migration to the United States in this era. It will also enable you to understand the ways in which food is transformed, as well as migrants, in the process of acculturation, and for this historical period, the process of “Americanization.” Students are required to attend pre-departure classes in the week prior to European travel. Course assignments include considerable pre-departure readings, a daily journal while traveling, and an analytic essay due one week after our return.